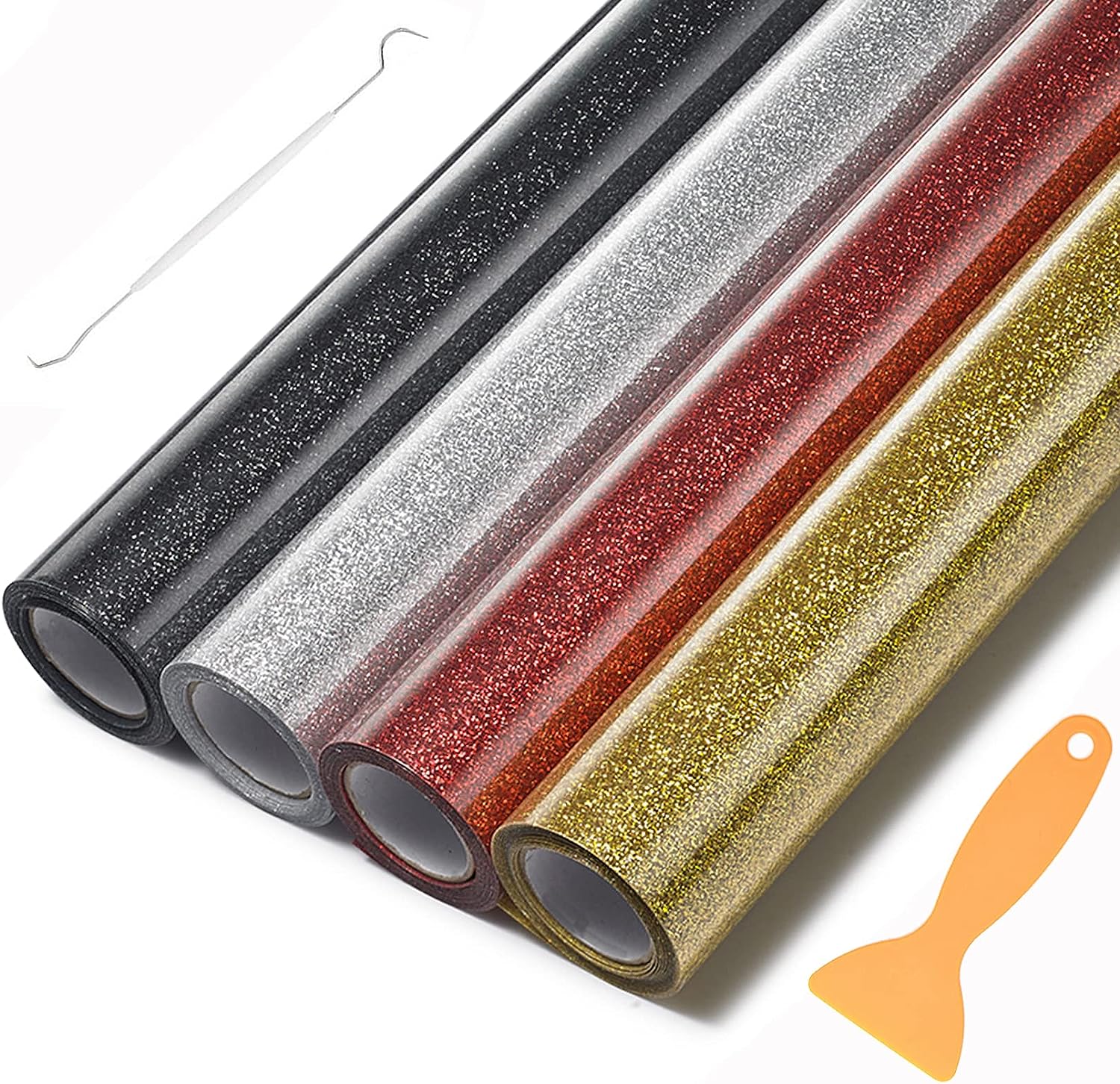 Great vinyl just didn't transfer well with my cricut easy press
Not easy to use and doesn’t peel easy when applying
So, the Good.......the price is totally right. It's very shiny and it sparkles, HELLO the whole reason you buy glitter....Surprisingly, it appears to have adhered well,,,,,,and I pressed it onto an old Tshirt, using my heat press, waited the 24 hours and then washed and dried it before pressing into my good shirt. It's not even close to lifting...The Bad....let's not mince words,,,,,,it's cheap, it's thin, and although I didn't expect it to be as nice as Siser glitter, it disappoints. The carrier sheet isn't sticky enough, so your whole design tries to lift, including the design you want to stay on the sheet...Because of that, it's harder to work with. I didn't buy the white, but this is so thin, I'd be worried any color would show through the white. I did layer the silver OVER black and it didn't show black through, but I'd be concerned about the white...Now, is it all bad? Absolutely not, as I said it seems to really have adhered very well, it's shiny, and the colors are really beautiful. So here's some tips to make it work, because you CAN make it work...1) you have to really cut it RIGHT,,,,I tried (on my cameo) blade 6, force 6, cut 2X,,,,not enough, I had to go up to force 12 to get a really clean cut,,,,,,,without a really clean cut, the pieces you WANT to stay on the carrier sheet will lift. It worked much better at a higher force...2) practice on something you don't care about first,,,,yeah, that means you're wasting vinyl, but hey, it's cheap.Will I buy it again? Probably not, to be honest,,,,,,,it's just extra work to make it usable and I just don't care to do that. I'll use what I have but I'll search for another glitter vinyl next time. I've used several bargain vinyls and been happy with several of them, but this one just plain disappoints. It's not awful,,,,,,but it just disappoints. I would have rather spent more and gotten better vinyl. And that's my opinion.